Military records relating to the War of are found in the records of the Governor and Executive Council; these are concerned primarily with the formation of militia units and commissions for officers. Records of the Massachusetts Militia in the War of provides information on the militia regiments called out in in anticipation of a British attack on Massachusetts.

Civil War records held by the Archives include a variety of muster, clothing and descriptive rolls, lists of assignments of recruits to particular town quotas, materials documenting the use of substitutes for draftees, and records of Massachusetts bounty payments to southern African-Americans who were recruited into the U. Additional archival materials from this period include the records of the State Military Agent and the letterbooks of Governor John Andrew, an early and strong supporter of the war effort. Records relating to the Spanish-American War include a small collection of letters and petitions for bonuses from veterans or their families to the state treasurer.

The Massachusetts Adjutant General's Office oversees a large collection of military records. The Museum can be contacted at Pay roll for Capt.


Agrippa Wells' Company in Col. Samuel Brewster's Regiment, Documenting the development of the Massachusetts Bay government and settlement of its lands between and , the collection includes original records of the Governor, Council, the General Court, the state secretary, and the treasurer. These cover a wide range of topics of interest to genealogists: land grants; early records of divorces and contested estates; legislative papers relating to towns, including petitions and remonstrances; military records from through ; records of mercantile affairs; and tax valuation lists.

The records were originally bound into volumes, generally arranged by topic. Most of the volumes have a table of contents and many have been indexed. Access to the collection includes a card catalogue for approximately one quarter of the collection, a calendar index, and a database that provides name, location, and subject access for eighteen volumes.

The Massachusetts Archives Collection contains a variety of Maine records dating from the seventeenth and eighteenth centuries; Maine records are not grouped separately within this collection. There are numerous records relating to eighteenth-century forts and Indian truckhouses trading posts , especially for the one located at Machias. In addition, both passed and unpassed legislation contain petitions, remonstrances, reports, and correspondence relating to Maine from to The Eastern Lands papers focus on the settlement of public lands in the District of Maine and its separation from Massachusetts as a state in Legal, survey, and financial records of the General Court, and records of legislative commissions and the Land Office are included in the Eastern Lands papers.

Researchers will also find copies of deeds for land conveyed by the Committee for the Sale of Eastern Lands and the Land Agent, records establishing land titles in disputed areas, and extensive correspondence regarding road construction, land settlement, and the development of Maine's natural resources. The Archives holds indices to several volumes of the deeds, and to the correspondence dating through Maine vital records are not part of the Massachusetts Archives holdings.

Researchers should contact the Maine State Archives or the appropriate city or town clerk regarding Maine vital records. Plymouth Colony, also known as the Old Colony, existed as a separate entity throughout most of the seventeenth century; it was officially merged into the Province of the Massachusetts Bay in The original colony records for Plymouth, including wills and deeds, are maintained at the Plymouth County Commissioners Office in Plymouth.

The Massachusetts Archives holds manuscript transcriptions of these records, with accompanying name indices.

Criminal offender information is open upon the death of the individual, but medical and mental health records remain restricted. Researchers MUST contact the Archives before planning a visit to use these records in order to determine what restrictions will apply. The Massachusetts Archives holds the records of a variety of state institutions, including prisons, almshouses, mental health facilities, public hospitals and sanatoriums, and reform schools. These records were created by a number of state agencies, including corrections, youth services, public health, public welfare, and mental health.

The records vary from institution to institution, but can include records such as case files and histories, records of admissions and discharges, and other records that provide information on the lives and families of people at these institutions. 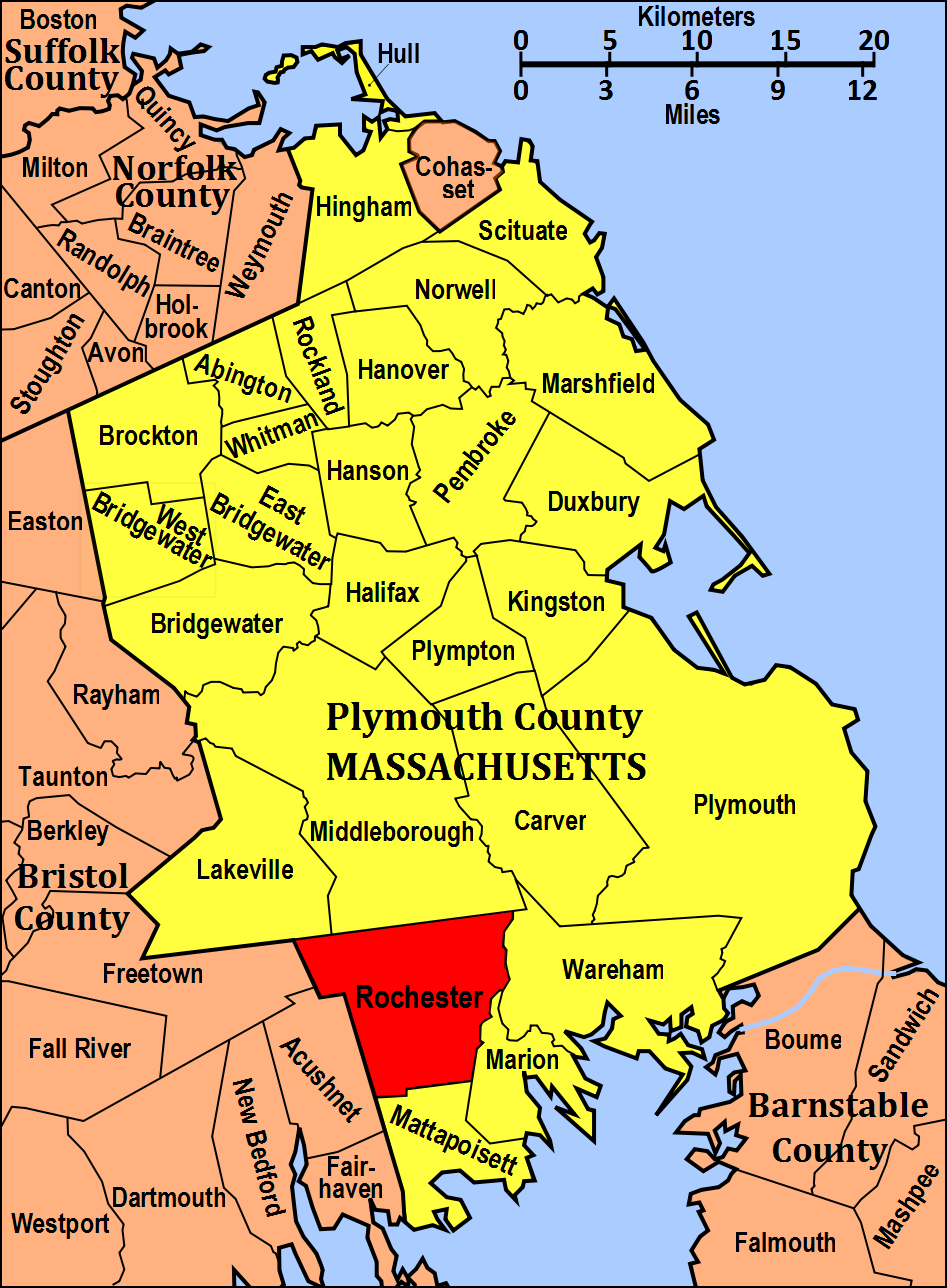 Please contact the Archives to determine whether records are held for a specific institution and time frame. Criminal offender record information CORI is open upon the death of the individual, but medical and mental health information remains restricted. Researchers MUST contact the Archives before planning a visit to use the records in order to determine applicable restrictions and how you might access the information.

The Massachusetts Supreme Judicial Court Archives is a separate and distinct repository, collecting records from state, county, and local courts. She can be reached at or by email at: elizabeth. Judicial records are an invaluable resource for genealogical researchers, and a small percentage of their holdings have been made available in the Massachusetts Archives Reading Room. These holdings include microfilm of select probate, naturalization, and divorce records, and some colonial era court records. Please contact Massachusetts Archives staff for additional information about this microfilm.

The Massachusetts Archives does not hold the originals of these records, and all questions about judicial records and the Massachusetts judicial system should be directed to the Judicial Archivist.

This was the result of the circuit nature of several of the courts and the fact that most of the action brought before the upper courts had been appealed from lower courts throughout the region. Extensive indices of every person, place, and subject, as well as date and calendar indices were prepared.

The Judicial Archives holds naturalization records, which document the process of becoming a citizen, for those persons who were naturalized in the state Superior Courts and local District Courts. The records usually include the declaration of intent and petition for naturalization. Declarations filed after January generally contain a photograph of the applicant. Information found in the declaration of intent and the petition for naturalization may include the name, address, occupation, and date and place of birth of the applicant and information regarding arrival in the United States; marital status and the names of children, along with their dates and places of birth.

Prior to , married women are included on their husband's petition.


Minor children derived citizenship from their parents. There is no statewide index to the naturalization records at the Judicial Archives, since each court was responsible for indexing its own records. In order to locate the proper court and date of naturalization for records between and , researchers should consult the Soundex index to New England naturalizations, available at the Northeast regional branch of the National Archives in Waltham. Indices of naturalization records for specific Massachusetts courts, especially post Superior Courts, may be accessible on microfilm or by contacting the Judicial Archives.

The Massachusetts Archives holds abstracts of naturalizations from state and local courts, , filed with the Secretary of the Commonwealth pursuant to Chapter of the Acts of These records have been microfilmed; they are arranged chronologically by year, and each volume is indexed separately, making them awkward to use. The abstracts provide the following information about the naturalized person: name, age, occupation and residence; also the name of the court and the date of naturalization.

Although they do not provide much genealogical information, the abstracts are useful in directing the researcher to the location of the original records. Additional information on Massachusetts naturalizations is available from the Northeast regional branch of the National Archives in Waltham. Its holdings include photostatic copies of state and local court records , which are indexed through Soundex index cards; U.


District Court naturalization records ; and U. Circuit Court naturalization records In the colonial period , divorce petitions could filed in a variety of courts, including the Court of Assistants, the General Court, and the county courts. Records of the General Court and the Court of Assistants have been published. Original records are located in the Suffolk Files, the Massachusetts Archives Collection, and the records of the county courts.

During the provincial period , primary jurisdiction for divorces rested with the Governor and Council, although six petitions dating to were heard by the General Court.

Again, the original records will be found in the Massachusetts Archives Collection, the Suffolk Files, Council records, and county courts. From the Council had jurisdiction; records are located in the Massachusetts Archives Collection and the Council records. In , the Supreme Judicial Court was given jurisdiction over divorce cases. Records dating are located in the Suffolk Files collection and recorded in the SJC record books.

After , summary information regarding divorces is included in the SJC record books, which are indexed and arranged by county. Case papers are also generally available. Jurisdiction over divorce cases changed in , when the Superior Courts were authorized to handle divorces. A county copy of marriages were recorded here from to The court heard all civil cases over 40s unless a case involved freehold or was appealed from a justice of the peace.

Note: Volume 19 of original records contains marriages from to This court was created in and combines the authority of the two courts listed above. Though one court, the civil and criminal matters are handled separately and today that is achieved through two physical courts: Plymouth civil and Brockton criminal. Older records are held by: Supreme Judicial Court Archives administration - records stored in several off-site facilities and the Mass.